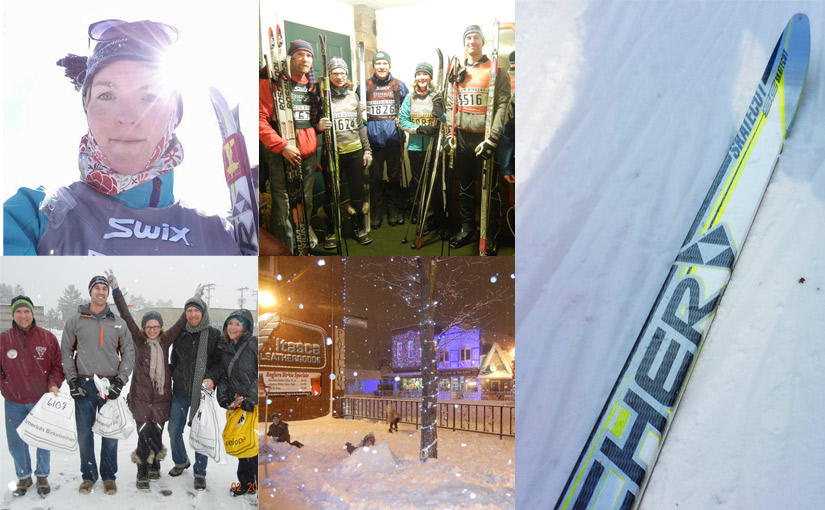 Wisconsin Skis: So, I signed up for the American Birkebeiner

The American Birkebeiner, or Birkie, is a 51K skate or 55K classic cross country ski race. It begins in Cable, Wis. and ends in Hayward.

Yea, I’m signed up to ski about 32 miles about three months from now. I simply hope I can finish it. As a secondary goal, I’d love to finish it in a respectable time — though conditions can vary and I have no idea what my goal respectable time is yet.

My parents strapped skis onto my feet while I was still in grade school. I was always jealous of my friends who went downhill skiing while I was “uphill” skiing. My early education consisted of wooden classic skis with three pin waxy shoes and poles with plastic baskets at the bottoms which were prone to breakage. My Dad groomed a ski trail that had some fun little hills, so there was a lot of herringboning up the hills and falling down them.

Over the years, my dad picked up skate skiing then started racing in the Birkie. Last year — he completed his 20th event — which qualifies him for the esteemed Birchleggings club, complete with a special-colored race bib. 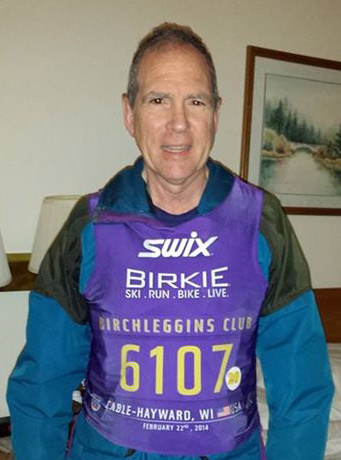 As an adult, I skied a couple of times a year, then a few years ago decided to really go for it.

Wisconsin is cold in the winter. Winter is long. The best way to cope with it is to learn to love it. Cross country skiing makes me love winter. For you, it might be hockey, sledding, ice fishing (aka ice drinking), snowboarding, hibernating — whatever. The key to living here and staying happy is to embrace the seasons — winter being the longest one.

I’m a runner and a cyclist and the effort for cross country skiing falls between the two. If you’re skiing a flat course, the effort is more similar to a run where you’re laying down some consistent effort. A hilly course? It’s more like a hilly bike ride. Tons of effort to climb up those hills, a chance to catch your breath on the way down.

When climbing hills while skate skiing, I sometimes feel like I’ve hit max effort, kind of like a weight lifting max effort. I feel like my legs are going to fall off and I’m going to puke. But then I don’t. My body recovers and I can get up that next hill. After the ski, I feel pretty good. I’ve never needed an ice bath after a ski. So yea — different from running.

Anyway, to say the Birkie is hilly is a bit of an understatement. 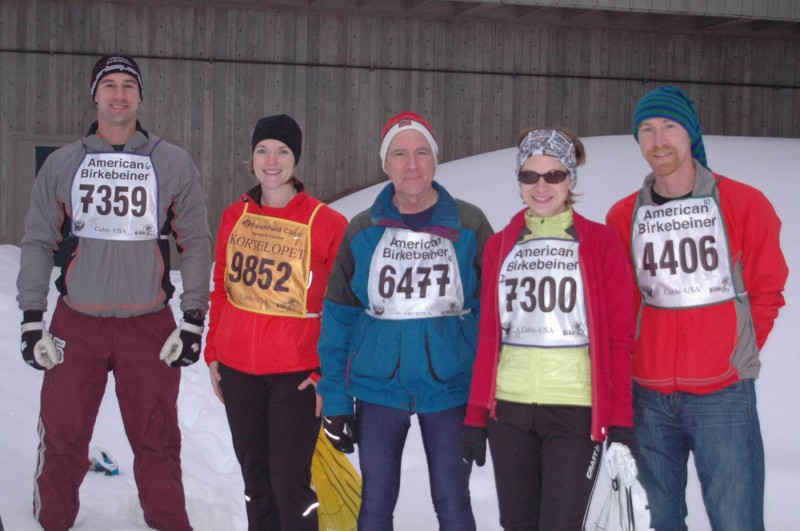 Waiting for my wave to start with the family.

Two years ago, I joined my family during the Birkie weekend. My two brothers and sister-in-law competed in the Birkie. I signed up for the Korte.

It nearly killed me.

The Korte goes out with the Birkie, then about a quarter of the way in, turns off the Birkie course and loops back to Cable. It might not be the full 51K Birkie, but it is still 24K (14.9 miles) and is still pretty damn hilly.

Ski Racers on Birkie weekend are assigned to waves based on past performance. As my first race, I was sent to the back of the line — which was fine by me. I didn’t really want to be in anyone’s way.

Still, I was super cocky. I can skate up hills now, I thought. I’m probably faster than a lot of these old people around me, I thought.

Those old people? They know what they’re doing. Skiing is like swimming (or so I’ve heard.) Technique is everything. My technique needs some work.

As far as skating up hills goes, in the last wave, everyone ends up herringboning (or basically walking up one ski at a time) because there are just too many people on the course. You’re only as fast as the 40 people going up the hill in front of you.

The best part about the last wave is that the skiers who are looking to move way up in the ranks for next year are quickly out in front, leaving behind a pretty jovial crowd. There’s one particular hill that I recall where I arrived and looked at the sheer vertical climb and the 3 lines of people going up.

One gentleman said in a cheery voice, “Everyone, pick a line!”

“How’s everyone doing here? My name’s Bill, this is my daughter and it’s her first race. We should all get to know each other because we’ll be here a while,” he added.

It was great. Even though it’s an individual sport — it reminded me that the nordic skiing community is full of sweethearts. Yea, the Birkie & Korte races are are crowded with thousands of skiers, but isn’t that kind of the point of being in a ski race?

There was some fresh snow on the trail over an icy base. This meant that when it comes to the steep downhills the fluffy snow gets shoved aside revealing the icy base. It ends up looking like a row of water slides — you choose which one you want to ride down and hope not to crash.

There was one hill about 10K in that some people were taking off their skis and walking down it looked so treacherous. I am a little squeamish about hills, but had been training for months on hills and felt pretty confident. Then I saw some young dude ski right down – I thought “I’ve got this” and followed his line.

Then I lost an edge and went down the hill on my right butt cheek and thigh in a twisted, terrible mess.

First, I gave everyone on the top of the hill the “I didn’t kill myself” thumbs up. Then I took inventory of my body: bruised, not broken. Skis and poles: not broken. I got up slowly and kept going.

I finished my first Korte in 2:53. Crashed three times, took my sweet time at every rest stop (those volunteers are amazing). I was happy to finish. Took the bus back to Hayward to watch my Dad, brothers and sister-in-law finish. 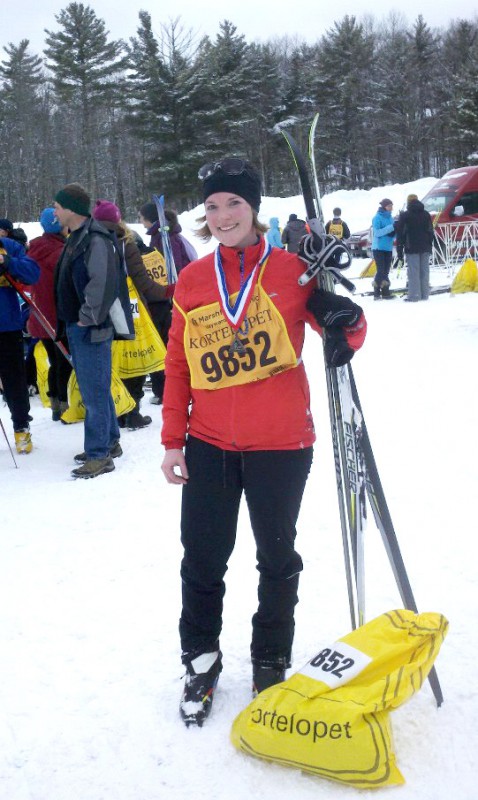 The Korte finishes in Cable. I asked some random nice spectator to take this picture for me.

Here we are, geared up and waiting for the bus to take us to the race start.

I did a LOT more training for my second Korte. We had so much snow — even in the Madison area. I skied 4-6 times a week, traveled all over the state, found hills, skied in 20 below temps. Bought a bunch of new gear. Applied some race wax. I was ready.

Did I beat my first year’s time?

Two nights before the race, the northwoods was blanketed in nearly a foot of beautiful, fluffy snow.

But snow is good for skiing, right? Well, although the trail groomers worked night and day to get the trail in the best shape possible, there was no way to keep the base together. I ended up herringboning up 90% of the hills with snow on top of my skis. I not only though my legs would fall off but that I would permanently damage my hips.

The good news was that the snow was pillowy, not icy like the previous year. I fell countless times and got up laughing all of them.

All of my work preparing and it came down to my hips just not being as strong as they needed to be to push through comfortably.

But push through, I did. There was a point with about 10K to go that I started to scoot off to the side to take more breaks. I started to eye the emergency workers on their snowmobiles longingly.

I finished my second Korte in 3:05. Crashed a bunch of times but more softly than the previous year. Took the bus back to Hayward to watch my dad, brothers, sister-in-law and uncle finish. 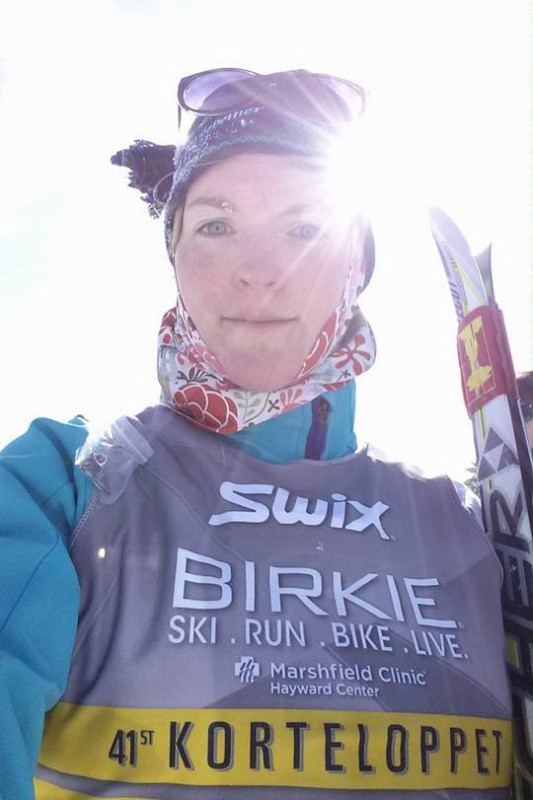 It was COLD, so I took a selfie rather than hassle some poor stranger to remove his or her gloves to take this photo. 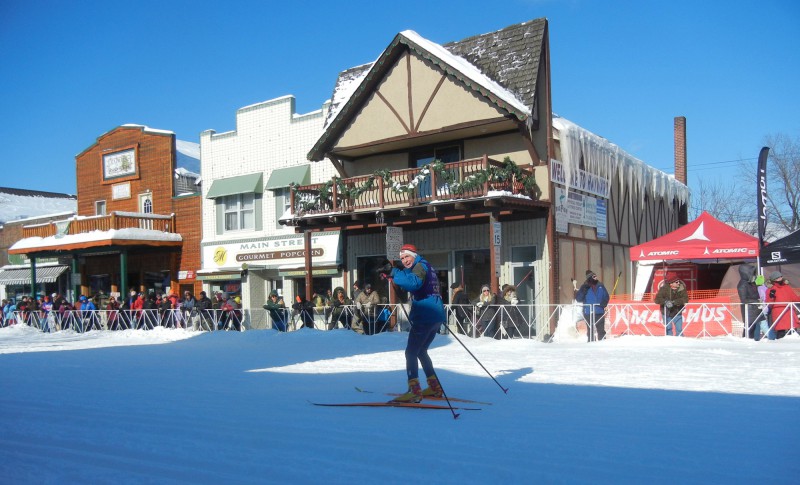 The trail may be rough again, but I’ve got to at least try. It’s partly because I’ve seen the end of the Birkie and it is way cooler than the end of the Korte. I know fanfare shouldn’t matter, but…here I am, signed up for a 51k ski race after barely surviving two 24k races.

I’m doing my snow dance now, mixed in with some running, cycling and weightlifting to build a base.

I think I’m going to take some lessons. Maybe I’ll try some new race waxes. Mostly, I hope I can get hours and hours on the ski trail.

Also, in addition to the race, the whole time up in Hayward at the Birkie and surrounding festival is a special experience which warrants its own article at a later time.

At the end of the day, skiing is about good living. I look around at those crazy fast old people with their great technique and hope that I can be one of them someday. Healthy, lookin’ good in spandex and surviving winters in Wisconsin with a smile.

Want more on skiing? What should I wear? What should I eat? Is it OK to eat snow for hydration (short answer: yes). I’ll tackle these issues and more in future Wisconsin Skis blog posts. 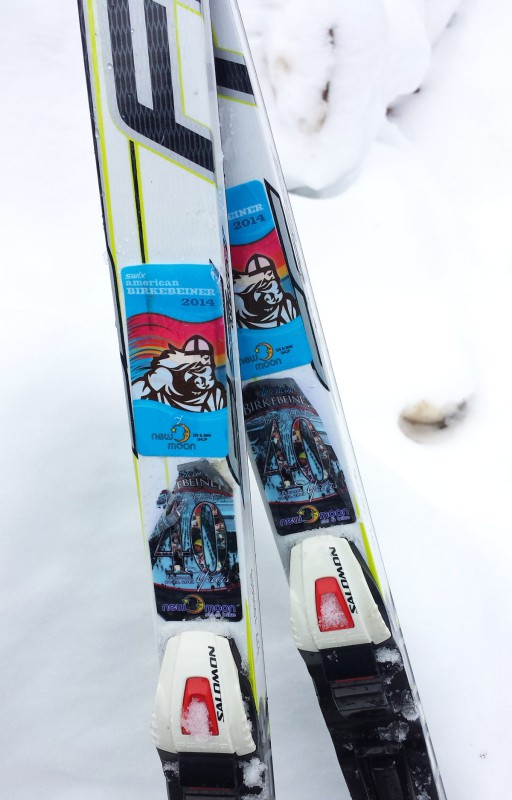 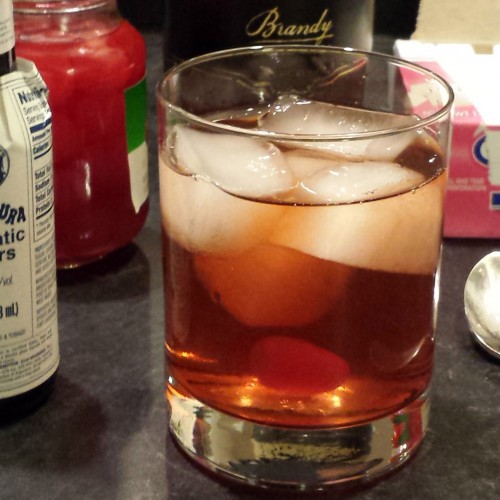 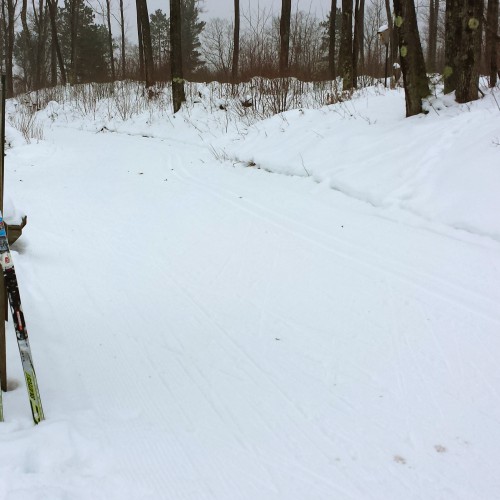