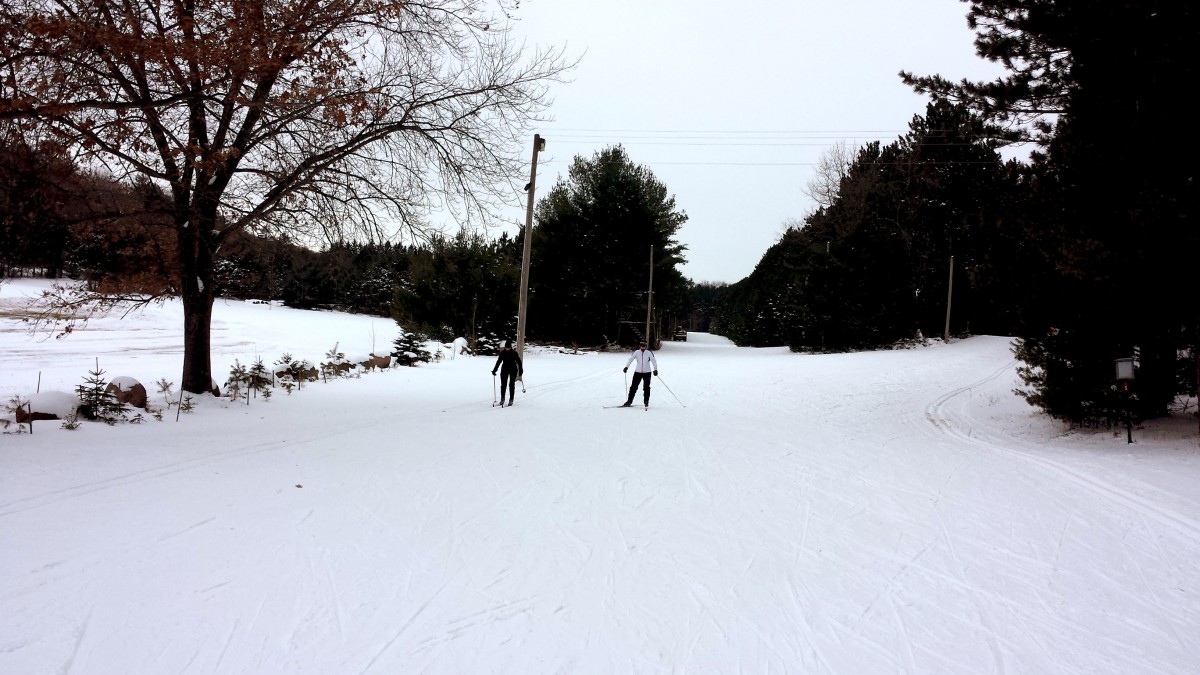 Not enough snow to ski on in Madison, so we headed up north to enjoy the trails at Iola Winter Sports Club. It’s only a two-hour drive from Madison, and it is a wonderful trail.

There is a nice roomy warming lodge with clean, warm bathrooms, a fireplace and a concession stand hosted by friendly staff or volunteers. I bought maybe the best brownie of the year. The daily trail fee is $10, but it’s well worth it.

The outer loop was a bit soft, so the one loop I did was a great workout. Grooming was pretty good considering the amount of snow on the trail. There are lots of gentle rolling hills with some technical turns at the bottom on this trail. 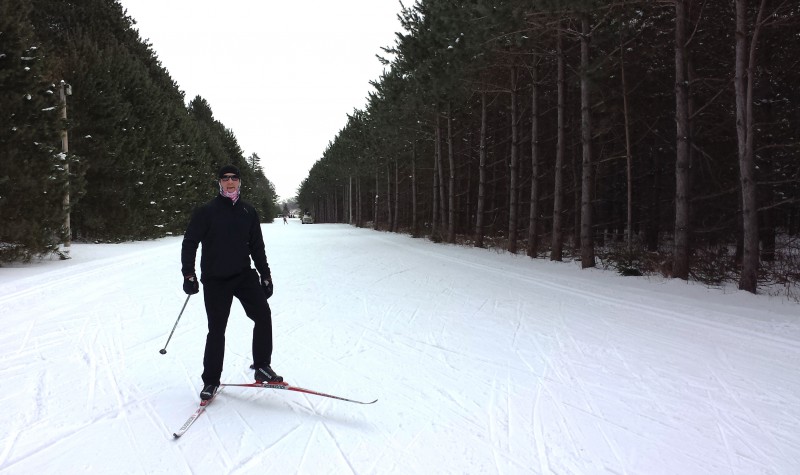 A friend accompanied us for this trip and it was her first time on skis. Iola was the perfect place for a beginner skier because there is a well-groomed flat stretch right in front of the warming lodge to practice technique.

We went through a mid-winter thaw in Madison which wiped out most of the little snow that we got. Before this, a few people were posting to social media that they were skiing on the lakes in Madison or on the groomed base on the cross country ski trails which had some bare spots.

It was 42 degrees in Madison, so I called Iola to see what their trail conditions are like. If you’ve never heard a local trail cross country ski report, I highly recommend it. In most cases, you call a landline, wait for the phone to ring through to the answering machine then hear the report from the guy who just groomed the trail.

In this case, Phil, left a very detailed message describing how the classic tracks were not great, but the skating deck was good. He said that he hoped people would come out and ski that weekend.

I was skeptical that the trail would be any good because I had walked Lola the Lab earlier that morning and several runners on the trail were wearing shorts. Needing to get a ski in and not having an alternative, we loaded our skis into the battlewagon and headed up north.

The difference between 42 and 36 degrees can be a big one when it comes to keeping your snow. Iola remained a bastion of the white powdery stuff. Last weekend, we skied on soft conditions, but this weekend the trail was fast and fun. The outer loop had a few bare patches, but nothing you couldn’t skate around. The main loop was in amazing shape.

I was able to get about 12 miles in, some hills, some flat. Again, it was great to have the chalet in Iola as a home base to eat snacks, hydrate and change into dry clothes before driving back to Madison.

Am I ready for the Birkie?

No, but I feel more confident.

Here’s hoping I can find some more snow to ski on next weekend. 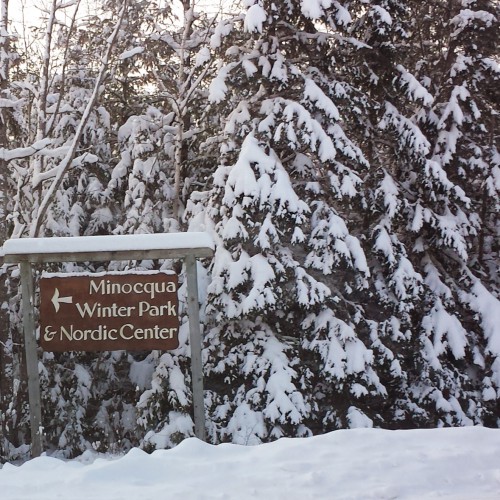 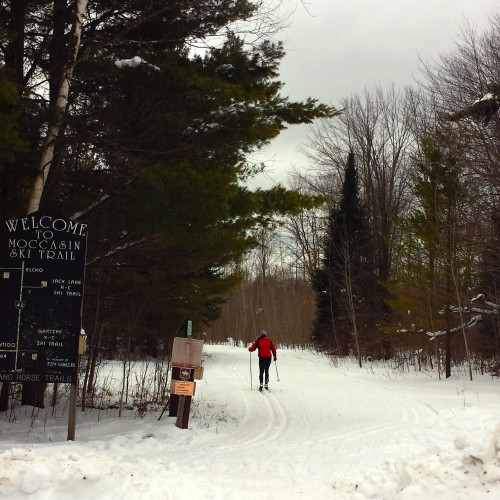