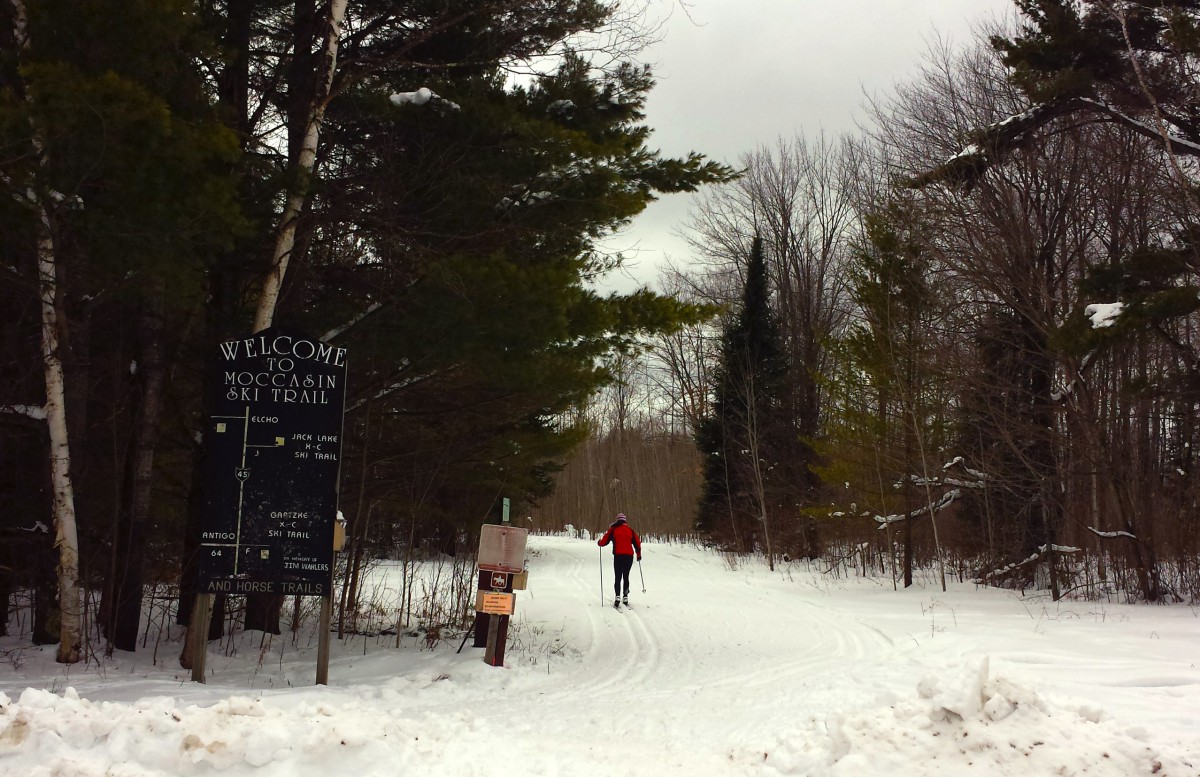 Still no snow in Madison, so I headed up North again to ski. The Moccasin Lake Ski Trail was hosting an annual Ski Junket and had a record turnout. It was about 32 degrees, so it was much warmer than previous years. Skiers and snowshoers gathered around a camp fire, roasted hot dogs, ate cookies, drank hot chocolate and discussed this year’s outdoor adventures. 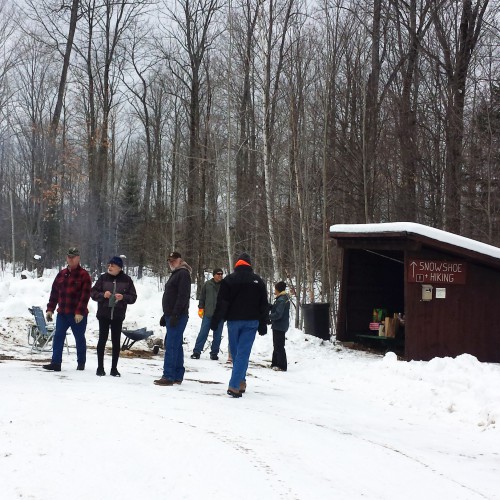 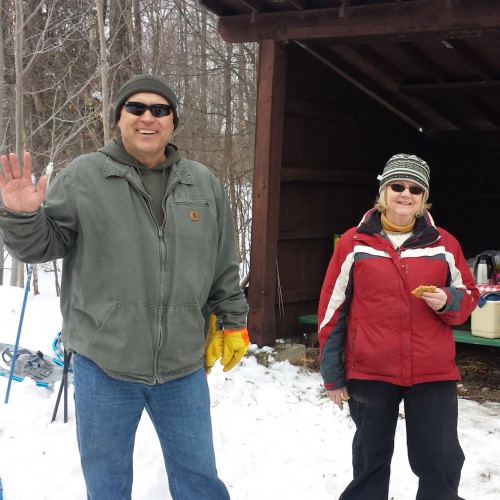 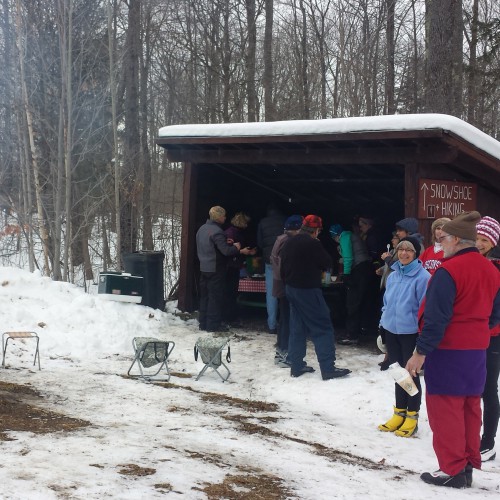 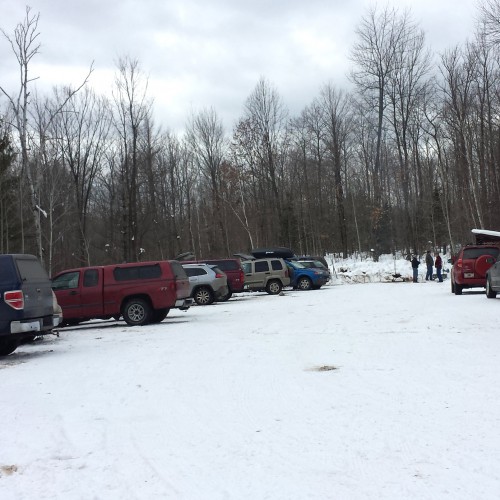 Easily the most cars I’ve ever seen at this trail

Can weight lifting make up for not skiing?

All is not lost though. Instead of running and skiing to build my cardio base this year, I doubled down on strength training. I enjoy taking Les Mills BodyPump weight training classes at my gym as well as CX Worx, which is mainly a core workout. Usually when I’m training for a big race, I cool it on the weight lifting and pick up the cardio. I used to assume that it would be a terrible idea to get all sore doing lunges, then need to run double digit miles the next day.

I also have been loving the Body Attack class this year.  It’s like any other aerobics / cardio class, except for the fact that there is sports training mixed in, so the class is appealing to dudes as well as the Jane Fonda types. I sweat buckets in this class. It also involves a lot of “Skaters” or jumping into a low side lunge position, which I think is good for ski training. So, this counts as cardio, but it’s still not time on the skis.

My hope is that by strengthening my legs and hips, I won’t get the dead legs that I got during the Korte last year.

Hopefully this year’s training strategy is a good one…I’ll keep you posted. 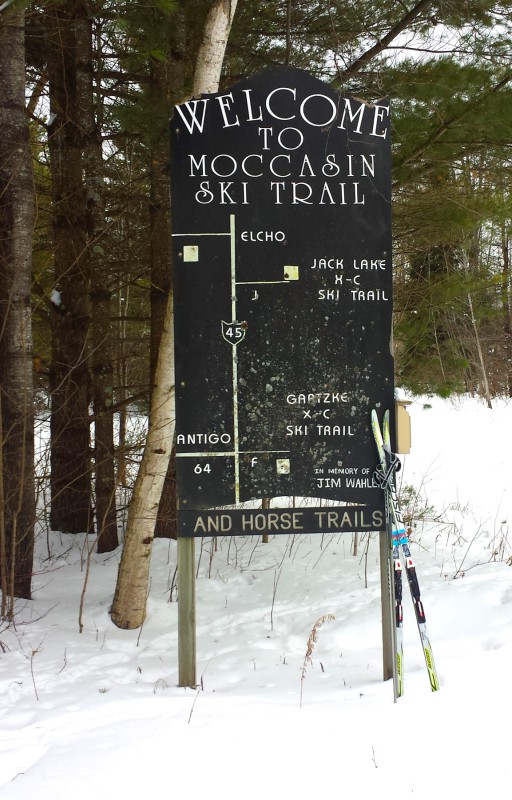 Now for some hills.

So, the goal for today was to get as many miles in as my legs could stand. Just to leave it all out on the course. I skied my first loop of the Moccasin Lake Ski Trail which is about 4.25 miles. The trail was a little soft, but I got fantastic glide on my freshly waxed skis. This trail is plenty of little hills and a couple of big ones. Since the trail was soft, it was nice knowing that if I crashed, it would be a soft landing. After the first loop, I warmed up by the fire, and stretched a bit. I like to ski clockwise on the trail which brings you down the Muskellunge which is quite steep and has a hairpin turn at the bottom. Then you head up the Luge, which is a long, steady incline.

Then I went out for my second loop and my feet started cramping like crazy. I stopped, ate some snow, talked myself through it and gradually they loosened up. I stopped by the fire at the end of the loop, chatted with other skiers, massaged my feet and drank a ton of water mixed with Skratch (a fabulous substitute for your glowing blue sports drink.)

By this point, I wasn’t convinced I should stick to my four loop goal. I decided to head out for another loop and my feet felt much better. Rather than heading back to the party, I stayed on the trail and continued on for another very fatigued loop. I’m glad I stuck it out for that fourth loop because it was a real confidence booster, but I was exhausted by the end. But my hips feel pretty good. I don’t have any joint pain, just a

I’m still terrified of the Birkie and wish I’ve had more time to train on snow in Madison, but today was a good shot of confidence that I should continue my training and give the race a shot. 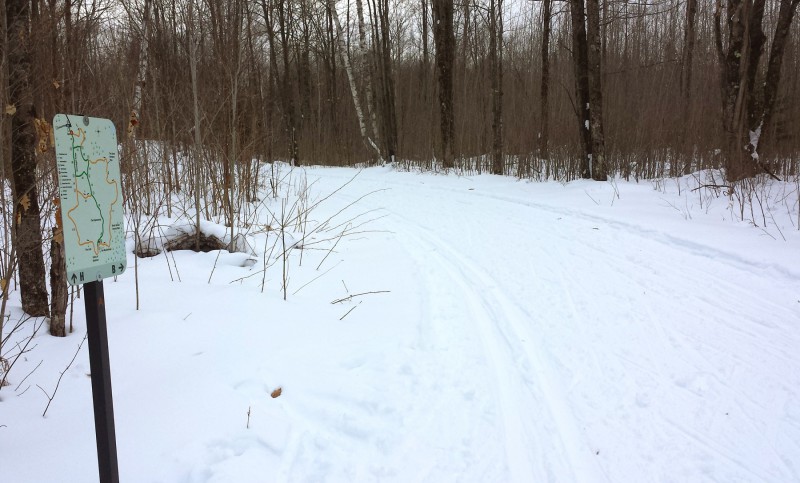 The conditions were soft, but the warm temps meant some good glide. 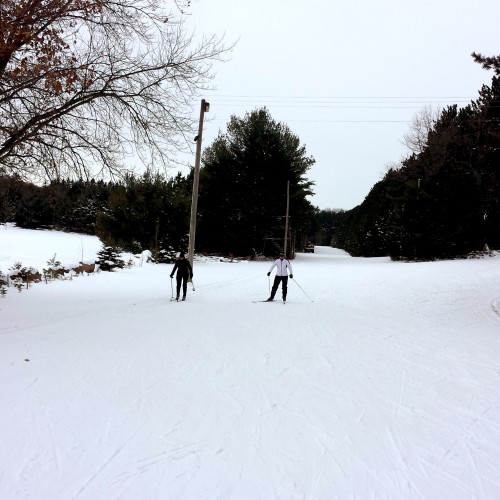 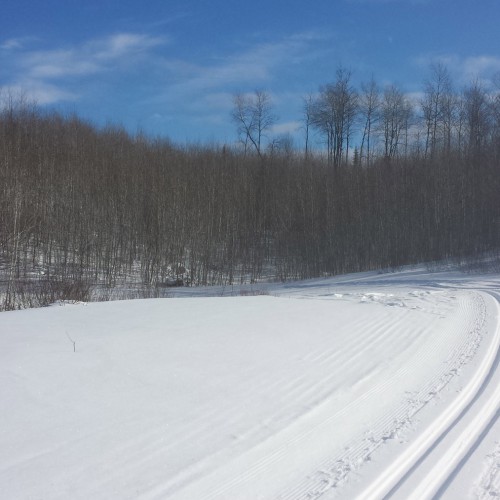