Southern Wisconsin finally got some snow.

In fact, we got a lot of it — about nine inches on Sunday, then three more inches on Tuesday.  Lola the Lab was as thrilled as I am, as we both love to play in the snow. 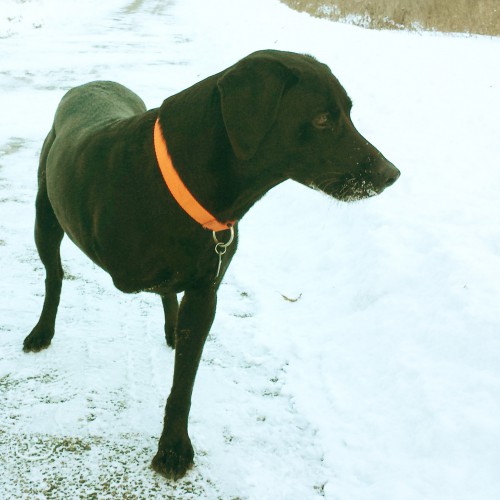 The Madnorski Madison Nordic Ski Club sent out an email that they had expanded their lesson sign-up slots from 20 to 50 people. This was great because I had signed up for most of the early season lessons, but didn’t sign up for the last three lessons before the Birkie. The slot expansion meant that I could potentially have four much needed lessons.

I became a member of the Madnorski Club a couple of years ago and really enjoy their club meetings. Members talk about The Birkie and other ski races. Once a year, there’s a waxing clinic where waxing techniques are discussed. The club members give updates on new trails in the area and how the club is supporting local youth skiers. Most importantly, it’s such a nice crowd, full of welcoming and supportive skiers.

Ski lessons are held at Elver Park, which is huge Madison city park that features a disc golf course, softball diamonds, soccer fields and a play area for kids in the summer. When it’s cold, the park transforms into a winter wonderland with a sledding hill, ice rink and some well groomed and hilly cross country ski trails. Being located near the heart of Madison, these trails get a lot of use, even in the middle of a week day.

Snow had started falling Tuesday afternoon and accumulated to three fluffy inches by rush hour time. The bad roads probably kept some skiers away from the park that day, as there were only two of us in the intermediate skate lesson group. Our instructor watched us both ski and gave us some specific tips to improve our form.

He taught us the difference between the different skiing “gears” including V1, V2 and V2 Alternate. I’m not going to pretend I really know what I’m talking about on this yet … so I’ll just leave this link here from Jans.com – Nordic Skiing Technique: How to Skate Ski. Also, we worked on going down hills and taking little steps around sharp corners. This is something I need to work more on and luckily, Elver Park is just the place for it.

On Thursday, there were about 10 people who came for the skate intermediate lesson. We divided into two groups and each group had two instructors. This lesson was completely different than Tuesday, but equally beneficial. We worked on double poling and skiing without poles. There were drills that helped us work on balance and weight distribution. The instructor pointed out that my skis were not always connecting to the ground flat and that I am killing some momentum every time I hit an edge.

I don’t know why I didn’t start taking lessons years ago. I have so much more to learn.

The Madnorski Club hosts races on six Tuesdays in the winter. Last year they were able to hold all six races because there was a good snow base through January and February. This year, all of the January races were cancelled due to lack of snow, so the first race of the series was held Tuesday, February 3rd. 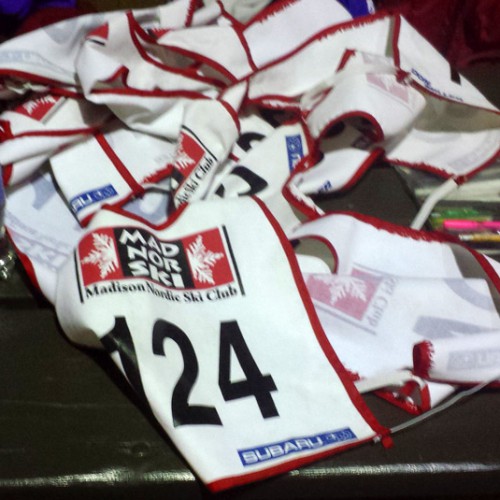 There are eight race categories:

The first race was on Tuesday. I was thinking about doing the 10k, thinking the more miles, the more better for training. But I decided to do the 5k, which turned out to be a good choice.

All of the ski racers started at the same time. The really experienced skiers rocketed forward while the rest of us remained in a clump. Until we hit the hills, that is. The snow was soft and I was already a bit tired from climbing hills on the lesson. After skiing in the woods for a while, I lost sight of the skiers in front of and behind me and began to wonder if I had taken a wrong turn. Then, I was relieved to see some skiers on part of the course that looped back. The course was pretty hilly, which gave me a chance to work on my downhill and cornering skills.

I made it through the race in about 28:42 — further confirmation that the 10K would have been too much considering that the races have an hour cut-off time.

The race was a blast. It was a great way to practice race technique and work on speed. The other skiers were courteous and supportive. If you’ve never raced before, I recommend you sign up for a Tuesday race at Elver Park to get the full flavor.

I returned to Elver Park for the second and final race in the Madnorski Race Series on Tuesday, Feb. 10th. Although the trail conditions had been really icy on Sunday, the groomers had done some remarkable things to the snow, so the base was semi-firm, but there was some nice powdery corduroy to ski on.

I tried to put into motion everything that I had learned during my ski lessons and was able to shave a few minutes off of my time from the previous week and skate the 5k in 25:10. The conditions were better, which didn’t hurt ether.

I’ll definitely be back for more next year. 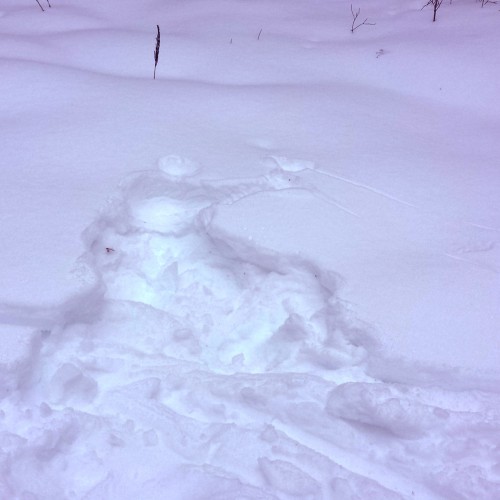 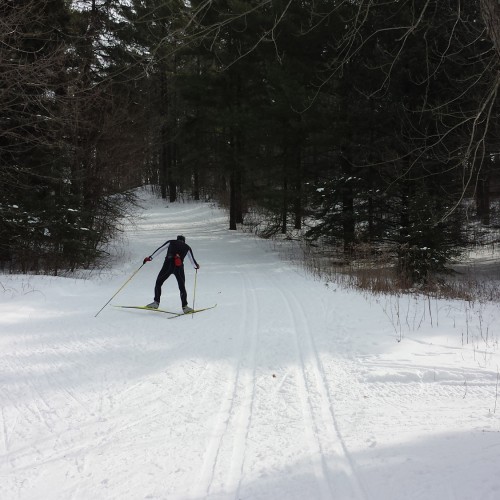