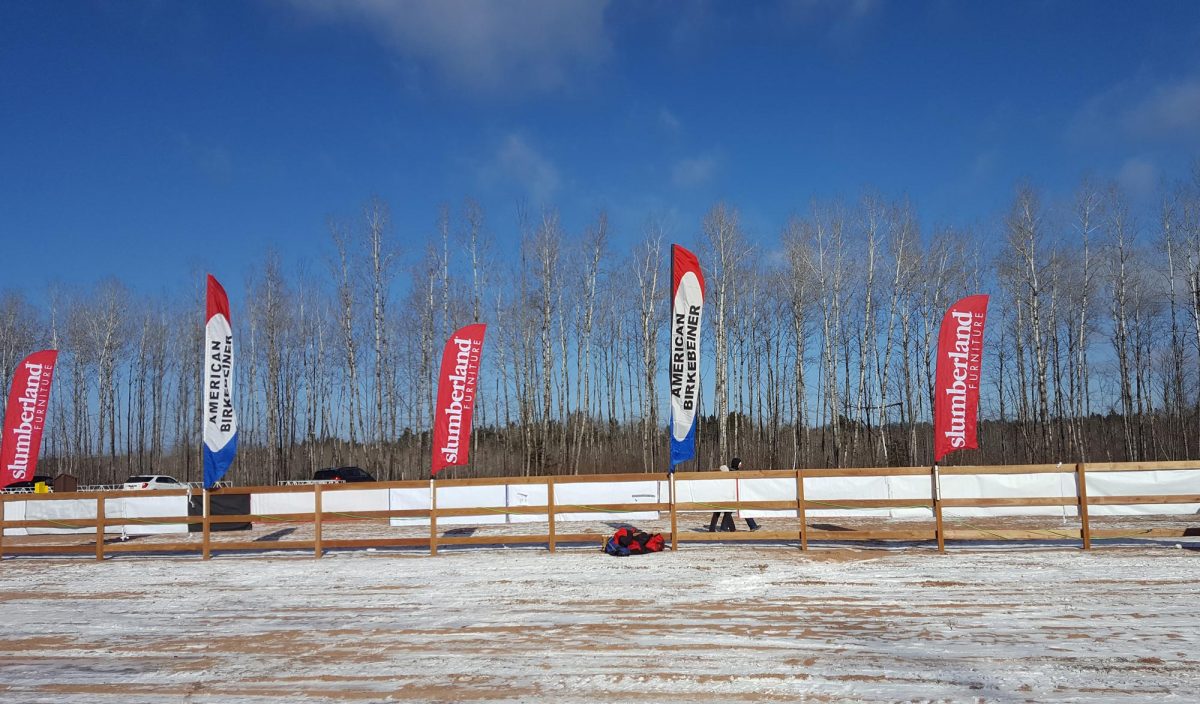 This February, a week of springtime temperatures and an inch of rain quickly melted most of the snow in Wisconsin.  Seven days before the Birkie, I went for a run in Madison. It was 60 degrees so I wore a t-shirt and enjoyed the warmth of the sunshine while knowing that it probably meant the race I was training for wouldn’t happen.

Maybe we’ll still ski a shortened course, I thought. Perhaps we’ll get a freak snowstorm and even though all the base is gone they’ll be able to rebuild, I thought.

As the week went on, both of those thoughts looked like they could even materialize. After a few days of very warm weather and an inch of rainfall, Birkie Executive Director, Ben Popp, appeared in videos posted on the Birkie’s Facebook Page skiing on the icy base near the start of the race in Cable. There was still some snow up there!

There was a winter storm predicted to hit Wisconsin that could leave 4, 8 even 10 inches of snow in Hayward. I thought maybe the race could happen after all.

I drove from Madison to Hayward on Thursday night — leaving early enough to beat the storm. Some parts of the state did receive substantial snowfall the Friday before the Birkie, but unfortunately almost none of it hit the Hayward/Cable area in Northwestern Wisconsin. 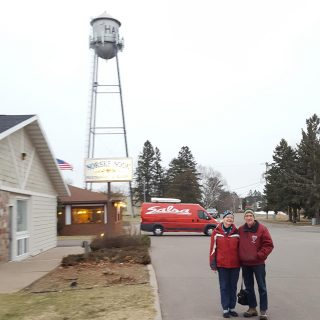 When I woke up, I was disappointed to see that there was no snow on the ground. My parents were the only ones from our family who made the trip this year — this would have been my Dad’s 23rd Birkie.* We decided to make the best of the weekend in Hayward and support the community, despite the low chance of getting to ski.

It was easy to get a table at the Norske Nook where we enjoyed French toast brioche, lingonberry pancakes and eggs to order. Next, we hit the Birkie Expo and picked up our race bibs and hats — the Birkie gift hats were really nice this year. We chatted with vendors and found some good deals on gear.

Then we walked around downtown Hayward and visited local stores. The Hayward Chamber of Commerce even hosted a raffle where you could show your race bib and your receipt from a local business and be entered to win a free entry to next year’s race. I found a new pair of skate boots on deep discount in my size. My old boots were not as nice and I’ve been dealing with blisters. It felt like a sign to me, so I bought new skate ski boots.

While we were downtown, we received the news that the official Birkie timed event races were all canceled. The race organizers and volunteers were able to make a fun 5k loop to ski on near the start in Cable. 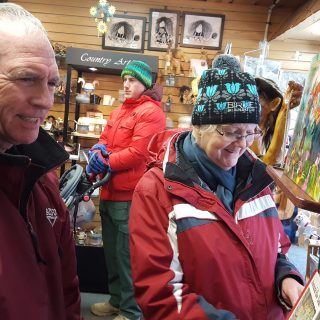 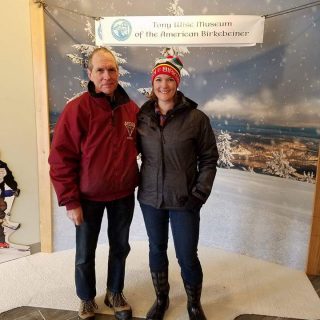 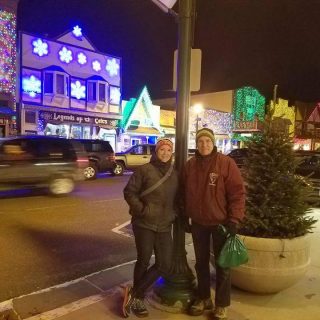 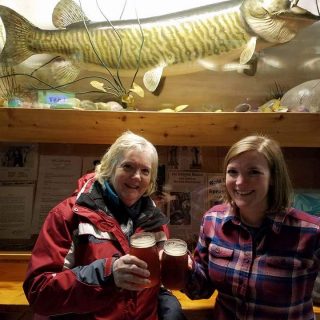 Even though carbo-loading wasn’t necessary any longer, we still attended the Spaghetti Dinner at St. Joseph Church downtown and enjoyed a Birkie Brewski on tap at the Moccasin Bar, surrounded by the strangest taxidermy dioramas on the planet. Downtown Hayward wasn’t packed like it usually is during Birkie weekend, but there were still plenty of skiers and supporters enjoying the local flavor.

My dad and I woke up and drove to the Como Parking lot near Cable where we caught a shuttle to the startline for the 5K fun ski. I was pleasantly surprised to see lots of other skiers board the bus with us and head to the course.

It was remarkable that the race organizers were able to stitch together any course at all for us to enjoy. The course was extremely icy with several bare, grassy spots. We reached a turn and realized that we were near the powerlines, a Birkie favorite feature of several rolling hills. We crested a hill and looked out at the icy course. The race directors definitely made the right call in cancelling the event. The little snow that remained was very icy. Thought the 5k fun ski was great — the longer hillier course would have been terrifying.

I was happy that we made it to the Birkie fest to ski a bit with our fellow participants. The atmosphere was festive, the skiers seemed happy and someone was offering shots in a shot ski on the course. It was also a great chance to check out the new permanent buildings at the start line and get a glimpse into what the course may look like in the future. We left before the bands and food started, but there were thousands of participants and family members at the venue when we parted.

Although it was a bummer not to compete this year, I look forward to training for the 2018 American Birkebeiner. Hopefully I’ll find somewhere to ski on the journey back to Madison — I hear that Eau Claire and La Crosse received more than a foot of snow, after all. 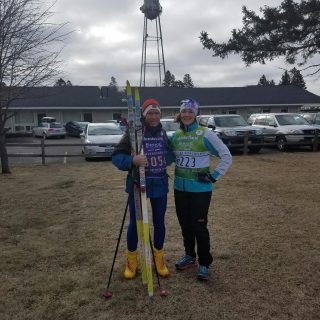 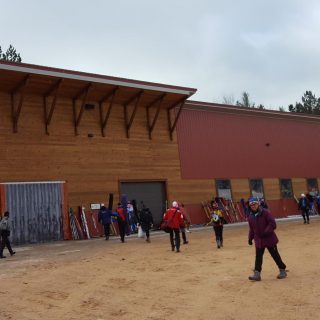 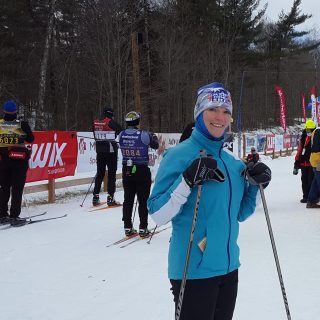 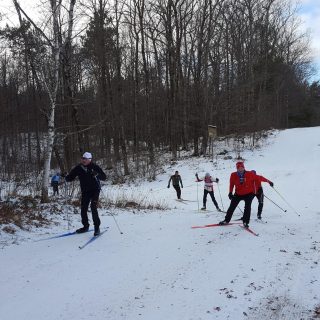 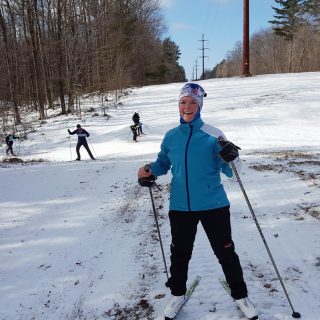 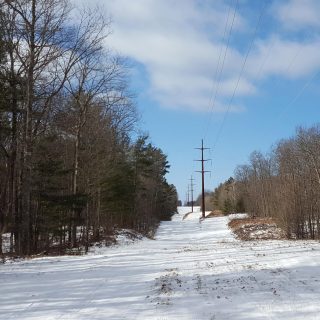 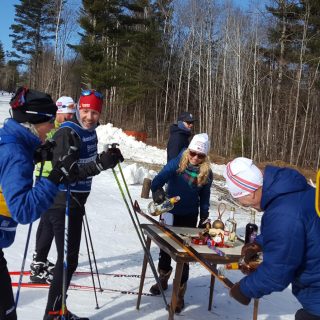 *Though three of those were shortened, so he thinks of this as his 20th “true” Birkie 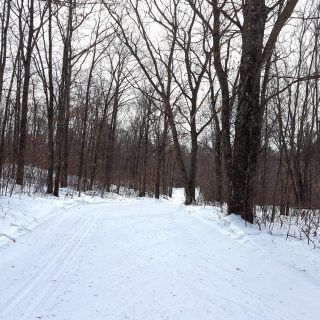 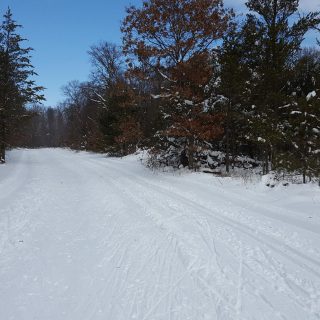